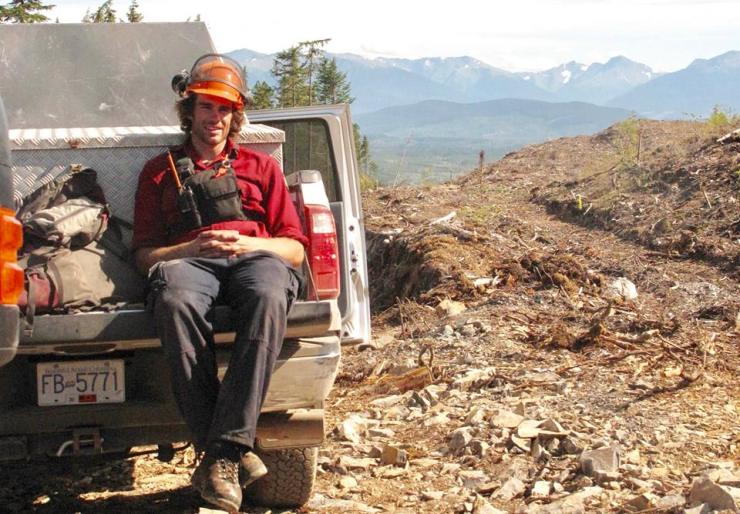 Aaron Williams remembers the first forest fire that left him awestruck. The author of Chasing Smoke: A Wildfire Memoir, Williams has spent ten seasons fighting blazes across the vast forests of Western Canada, Ontario, Quebec, and Idaho — a run that puts him well beyond most firefighters who spend two or three seasons in the profession before moving on.

It’s a job that attracts many looking to prove their strength and inner fortitude, but towards the end of his first season, long ago on a deployment in Idaho, Williams got an appreciation of the scale of the task. His crew had been helicoptered in to fight a blaze along a ridge, and the fire burned well within view of their campsite for the night.

“At the end of the day, we’re getting into our tents and feeling like we’re pretty cool and hardcore, and then this hotshot crew marches up this ridge single-file — it’s just getting dark, there’s trees candling not far away […] and they stop, roll out their sleeping bags, and just lay down and fall asleep on the ground with their boots on,” Williams laughs.

“You can hear the fire chewing its way through the forest,” says Williams. “It’s pretty hard to pry yourself away from that; it’s just such an incredibly powerful thing that’s happening.”

Over the course of the next decade, Williams — a native of Prince Rupert, British Columbia — kept returning for season after season of forest firefighting, unable to find a match for the adrenaline rush and close bonds formed on a crew. These seasons form the plot for Chasing Smoke, Williams’ debut novel after graduating from the Creative Nonfiction MFA program at the University of King’s College in Halifax.

“I always thought it’d be neat to write a book about a season of firefighting […] I always felt there was a pretty big misconception about what the job is and what it entails,” he says. “I find the human side quite interesting, especially the bonds that you form with the people you do the job with.”

As for whether he’d return for an eleventh season, Williams breaks into a smile — already a veteran of the job for far longer than most last:

“My buddy always says it’s the most educated blue-collar workforce in the country, and I absolutely think that’s true.”