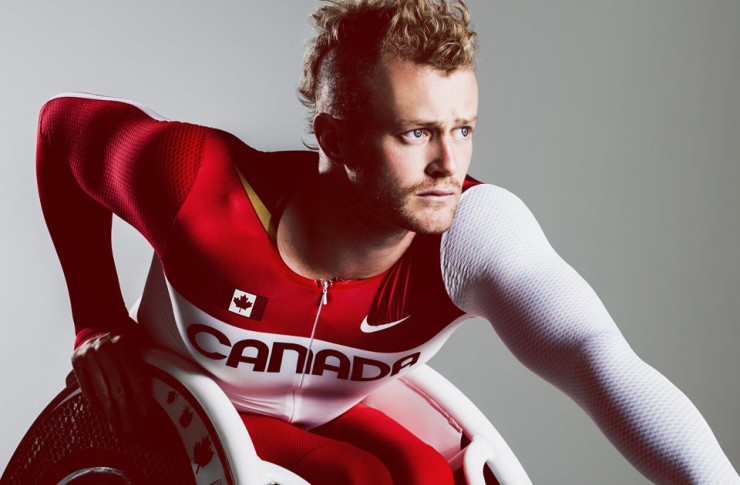 Josh Cassidy stopped listening to others’ doubts years ago. Born with neuroblastoma in his spine and abdomen, and left partially-paralyzed from near-birth, Cassidy has become a three-time Canadian Paralympian and World Record-setting wheelchair athlete.

Quite the accomplishment for a kid who faced coin-flip odds over whether he’d live to see his first birthday.

“I think it was just over a 50 percent chance [of survival] at the time, so it was very scary for my parents — you know, firstborn son, new parents… I can’t even imagine what that would’ve been like,” says Cassidy, who was born in Ottawa.

Growing up using a wheelchair from the very beginning, “it forced me to be innovative with a lot of things at an early age,” he says. It also thickened his skin.

“At an early age, kids are very honest,” says Cassidy. “They might ask, they might not. Doesn’t matter. But then when you get to a certain age, there were years when I would have bullying or teasing, or just other kids not understanding. [And] obviously, that has an effect on you.”

“There are still people who say ‘you can’t do that.’ It’s something I take as a little bit of fuel [and] put it in my pocket, but not let it take over or bring me down.” – Josh Cassidy

Cassidy eventually found his place by high school, around the same time he discovered his school’s track and field team had a wheelchair race. That same year, Canadian Paralympian Jeff Adams won five medals at the 2000 Sydney Games. A love for the sport blossomed.

“My first few [races], it was just in my everyday chair — and talk about thickening skin,” he says. All around him, other athletes were in dedicated racing chairs. Still, he held his own.

He kept competing, and as his confidence grew, his times improved and the stakes grew higher. He’s never looked back. Eight years after watching Adams at the Sydney Games, Cassidy earned his spot on the Canadian team for Beijing.

“That was such an incredible moment: getting my first Team Canada uniform and seeing the [Olympic] torch,” he says.

A Paralympic medal still eludes Cassidy — something that has him training in earnest for another shot at the Tokyo Games in 2020. The doubters remain, although Cassidy seems undeterred.

“It never stops,” he says. “There are still people who say ‘you can’t do that.’ It’s something I take as a little bit of fuel [and] put it in my pocket, but not let it take over or bring me down.”

After all, he’s beaten the odds before.

“Having [those early experiences in the hospital] shape me, it gave me perspective on life, on health,” says Cassidy. “[It just gave me] this desire to do what I want to do in the world.”

2 thoughts on “Story Untold: “There Are Always People That Will Doubt Us””