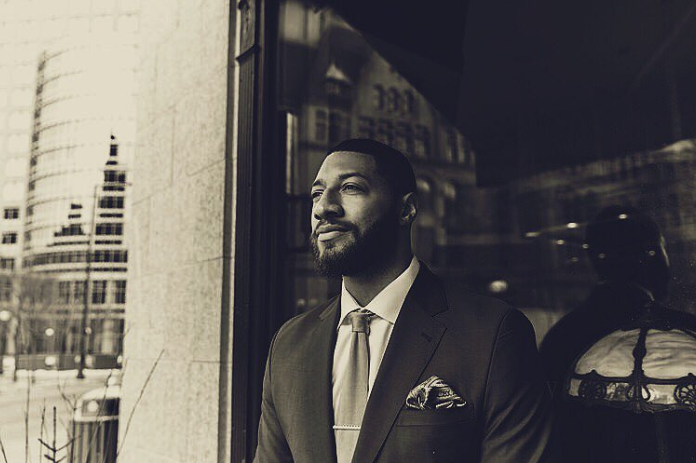 He’s been dubbed “the most important basketball player alive.”

Royce White may not be suiting up for an NBA franchise, but his advocacy for mental health — and his outspokenness on the league’s lack of a mental health policy — made him a household name long before he was drafted 16th overall by the Houston Rockets in 2012.

These days, the 6’8″ Iowa State alum calls London, Ontario home, having recently been named MVP of the National Basketball League of Canada. His London Lightning are in the playoffs after a record-setting season in which White posted the most triple-doubles in league history. Three years after his NBA career came to an end with the Sacramento Kings, the Minnesota native’s unique skills — the combination of a point guard’s vision and a center’s power — are still there.

It’s his willingness to talk about his battle with mental illness, however, that makes him a rarity beyond the basketball court — the athlete unafraid of taking on the big brass, even if it costs him millions in lost potential earnings.

“Philosophy is seen as a distraction in a league that’s about hyper-competitiveness and tunnel vision. I’m talking big ideas that we don’t see eye-to-eye on, and [the NBA] knew that. That conversation [about mental health] became a conduit of just how different we are politically.” – Royce White

White deals with general anxiety disorder and obsessive compulsive disorder, diagnoses he received at 17 but traces all the way back to childhood.

“I [remember] having [panic attacks] as a young child — eight, nine — on my way to a basketball game and throwing up in the morning,” he says.

As a kid, one of White’s best friends collapsed in front of him while running conditioning drills at basketball practice and ended up in hospital. His heart had given out.

“He just collapsed. Drooling, couldn’t breathe, clearly in pain,” says White. “Dad was the assistant coach, picked him up, put him in the ambulance, followed the ambulance to the hospital… spinal tap. Nine years old […] I still have panic attacks to this day, and my first reaction is still that they’re heart attacks.”

At Iowa State, White earned First Team All-Big 12 honours, becoming the only player in the country to lead his team in all five major statistical categories: points, assists, rebounds, steals, and blocks. White feels his public history of mental illness and a growing narrative surrounding his fear of flying, however, led NBA general managers to cool on him as Draft Day approached.

“The media is so good at what they do that headlines have become a beast that even they can’t control,” says White. “Twitter took that and put it on steroids, because it became all headlines. And I actually happened to get drafted into the NBA when Twitter was really starting to boom.”

“David Stern, at one point, didn’t want to meet with me, but he told me to stay off of Twitter. And it really pissed me off, because two or three nights before, I had a 13-year-old girl tell me that she had attempted suicide before, [but] that she was inspired by my story and it gave her hope.” – Royce White

“I was clearly one or two [of the best prospects], and they were talking about me possibly getting drafted late in the second round. I mean, how [expletive] absurd is that? It’s clearly about mental health,” he adds.

He ended up missing the opening of NBA training camp with the Rockets, waiting for the franchise to draft a plan for addressing his mental health concerns. Part of it surrounded finding ways to minimize the number of flights he would need to take, but as White tells the story, it had more to do with the NBA providing team doctors the ability to make decisions without influence from general managers. White felt his political views only separated the gulf between him and the league.

“Philosophy is seen as a distraction in a league that’s about hyper-competitiveness and tunnel vision,” says White. “I’m talking big ideas that we don’t see eye-to-eye on, and [the NBA] knew that. That conversation [about mental health] became a conduit of just how different we are politically.”

“That time period put a lot of things in perspective,” he says.

“[Then-NBA commissioner] David Stern, at one point, didn’t want to meet with me, but he told me to stay off of Twitter. And it really pissed me off, because two or three nights before, I had a 13-year-old girl tell me that she had attempted suicide before, [but] that she was inspired by my story and it gave her hope.”

These days, White feels at home with the Lightning, enjoying his longest stretch of basketball since he suited up as a college player. The team finished the regular season at 35-5, and the former Cyclone talks glowingly about the journey he’s been on with his new teammates.

White estimates in the years since he went public about his experience with anxiety, he’s heard from thousands about their own mental health journeys.

“I see mental health as the way that we think and we feel, and the way that we interact with each other — every day,” says White. “It’s given me a profound connection with the common struggle, and ultimately, death […] When you have panic attacks, and you feel like you’re going to die, your brain tells itself that it’s going to die. You look death in the face. You know when people say near-death experience? People with panic attacks have that all the time.”

Listen to the podcast: http://storyuntold.blubrry.com/2017/05/18/royce-white-its-bigger-than-mental-health-its-more-about-politics/
Subscribe on Apple Podcasts: https://itunes.apple.com/ca/podcast/story-untold/id1226851327?mt=2